Heralded as the poster child of Indian IT industry has been struggling in the last few years to maintain its coveted top spot in Indian IT industry. Though it still kept the  market out performer tag even during past year, indications were very clear that all was not well with the IT bellwether. When the likes of TCS were chipping away with good performances after the recession, Infosys never really got out of the mud.

Among the major companies Infosys was the one who undertook so many cutbacks to employees and also had tight purse even during recruitment, but with the  lower than expected Performance and TCS overtaking Infosys, it might give more room for Infosys to go back to Basics and improve itself.

When a change of this magnitude happens it usually involves leadership changes and quite unexpectedly  Mohandas Pai, who was rumored to be the next CEO   has put in his papers. Though he publicly cited other reasons, the real reason was the disappointment due to not being considered for top post.  The board was not interested in a HR Head to lead the organisation during the tough times.

Also Infosys is looking for a restructuring  in the model of TCS few years back.  The board wants individual vertical heads who can lead their own mini organisation with their own path but aligned to company’s goal. With this approach they will want loose control at the top and stronger  heads for these mini organisations.

But rest assured it looks like TCS will be the top Indian IT services provider atleast for next few years.

IJPs(Internal Job Posting) were rolled out before two months. The process is to select a candidate for a higher position however the results were decided even before they could role out the offer. The worst part is the even the selected candidate will not have his promotion in a written format, its only verbal!!!! The results were announced verbally and via internal emails. So if the management feels to de-promote  he/she can be put back into calls. So promotions are just an eye wash.

Most of the IT recruitments today are happening only through consultancy services.Consultants are supposed to do a good job for employees seeking job and also for employers.They are to ease the job of HR’s in IT companies and some IT companies will be depending only on the consultancies for recruiting right kind of people.But unfortunately consultancies seems to be biased and they don’t even care about getting the feed back from the employers on the result of interview process and sometimes they don’t even have proper contact with Human resources team of the organisation. 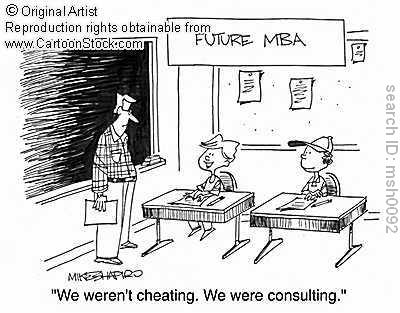 Consultancies today give interview calls to most of the people seeking jobs and once the interview is completed and suppose if the employee has successfully completed the interview process then the next step is only to get an offer.But this doesn’t happen in most of the cases.Consultancies donot even know for which grade or designation they have referred people and they will not have clear details on requirement.So who knows all the details on recruitment?Its one and only the HR of the organisation.

Now the papers of the employee after successful completion of the interview reaches HR table and there they realise there happened some mistake and now the consultancies don’t even attempt to give a sorry call atleast to the candidate.

The above scenario is happening and has happened for many of the job seekers.So people who are searching for a job and if you get calls from consultancy do get full details on the kind of job and also the salary details.Otherwise it will finally end in a mess up