Apple launched it’s yet another product a Red iPhone 7. Many of Apple fans have rejoiced the color choice and has created a buzz among fans during the period of lull.

While this is part of Apple’s long running product Red line (for fighting AIDS in African countries), the product designers choice of using white bezels for front of the device similar to white/pink iPhone has attracted criticism.
Apart from not blending with the device in terms of colors, white bezels are also an distraction for most users.
Several comments and complaints have cropped up in various forums and users have started posting various ways to overcome the irritating design choice. 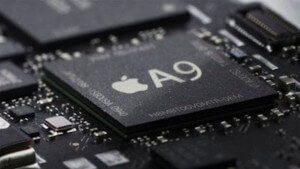 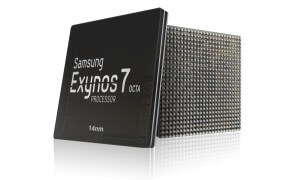 Blackberry Manufacturer , Research In Motion is facing a tough challenge in the Mobile Device space, with competition from Apple and whole bunch of new Device vendors powered by Android.  And its device fortunes are tightly coupled with Enterprises continuing to use BES for Mobile email.

Though RIM has brought out quite a few new devices in the recent past like the Blackberry Torch, still its Device space is pale in comparison to Apple or Android Ecosystem. Though RIM allowed BES client softwares for other Mobile devices in the past, it ceased this practice in hope of growing its Handset business. But this could backfire in the current scenario.

Most of the big enterprises use Microsoft’s Exchange server or IBM Domino, and there are others  who use simple POP/SMTP, or IMAP service through vendors like Google. And Blackberry devices provide a way of accessing the mails through its BES – Blackberry Enterprise Service and BIS – Blackberry Internet Service. BES is a costly affair , the data plan costing 3 times than an regular basic data plan. For instance ATT charges $15 Minimum data plan for iPhone and other smartphones, whereas a blackberry with BES needs a Minimum data plan of $40.

Cost being one factor, But the device adaptation is another.  With so much fanfare and push for devices running iOS and Android, many enterprises are thinking of allowing the device access through less costlier services like Exchange ActiveSync (from Microsoft), which needs a basic data plan. My employer recently , silently rolled out Active Sync  access to enable  Iphones and iPad’s in particular, a decision pitched by Some Senior Managers who wanted to use iPhones.

With feature set of Microsoft Active Sync increasing rapidly with Active Sync 12 (currently 14), and licensing with Apple and Many Android device Manufacturers,  RIM is facing a bleak future.  If RIM doesnt move fast and introduce new compelling features or reinvent its Device segment  it is going to be very tough  ride.