There is a burning debate going in both American and Indian Technology sectors pertaining to H1B VISA reforms. These debates were started by Donald Trump’s victory and fueled by his “America First” slogan. Additionally some of the new legislation introduced by Darrel Issa and another one by Chuck Grassley & Dick Durbin, has created excitement and confusion within the industry.

Both of these laws focus on setting a minimum Salary for H1B’s and other financial restrictions in obtaining the VISA. The truth is they wouldn’t need a new system to establish this, there is already a well planned and detailed system of wages followed for every H1B VISA.

For an employer to apply for a H1B VISA the following process needs to be completed.

Does the prevailing wage system work ?

What is broken in the prevailing wage system?

What is the current situation in H1B abuse?

Most of big name companies have already outsourced all their immigration needs to US firms like Fragomen Worldwide. This has reduced  the blame and abuse drastically reduced in these Tier 1 outsourcing companies. These include companies like TCS, Infosys, Wipro & HCL .  Most of these companies have been always under constant audit and added scrutiny has cleaned up some of the rot.

There are still other smaller firms who work as body shops by keeping employees in payroll and contracting them to other firms for commissions. These firms typically have 10-50 employees and will not have actual contracts or orders for projects, instead they will supply employees for Time & Material pricing model. These firms will not raise any flags due to exemptions for small companies and will not have resources for hiring larger firms and are known to indulge in false resumes and W2 forms.

Despite all this the availability of employees for new technologies is very thin. More than anything these firms provide training for the employees in the newer skills and guide them in placements.

In most cases employers who hire for newer skills expect future employees with experience in newer technologies and Local employees who are displaced due to Mainframe or COBOL struggle to gain newer technology expertise due to lack of opportunities or better trained competition.

Will discuss possible solutions in subsequent articles, please add your comments and will reply/update if any corrections.

In a very strong move against companies misleading  candidates with false CTC figures, IIM’s have instructed companies to  give  a more accurate information on Salary. They have advised companies to shoe exact minimum cash component a candidate will receive  excluding Bonus and performance pays. And companies can specify another component MEP, ie maximum earning potential which can include bonuses, and other variable components.

In Indian IT industry the CTC is another way of companies inflating salary to lure employees. CTC – Cost To Company, in many cases is irrelevant to employees.  By showing a bloated figure including maximum variables and other  non cash contributions companies often cheat potential candidates. It is a sad fact that this is how many of our leading companies like TATA Consultancy Services (TCS) , Infosys et al make offers.

With the move from IIM’s this should also be enforced in all colleges and universities to protect students and providing more easy way of understanding their future salaries.

Sending in 1-2 years experienced guys in the name of Business meetings cant be any further from truth. Most Indian companies send their resources to Onsite on B1  for short term for various reasons like implementation of a System, or a temporary vacancy or even just like a carrot to motivate employees.

In US a candidate is eligible for B1 VISA    ” if the purpose for your planned travel is to consult with business associates, travel for a scientific, educational, professional or business convention, or conference on specific dates, settle an estate, or negotiate a contract, then a business” as defined in US Govt  Travel Website. Typically Senior Managers who are negotiating contracts, Business Meetings, attending convention are eligible. Typically anyone with more than few years of management experience will qualify for this VISA, but the list of candidates our companies range from a fresher who cant communicate and some who cant even repeat what was taught as part of VISA appearance training. 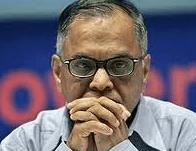 In past few years the no of candidates who were getting rejected in US Consulates in India, was getting huge. And despite this most companies were still sending candidates who repeatedly mumbled infront of the irritated interviewers. And with Obama Administration tightening screws, there were more questions in Immigration for all Indians and there were cases where B1 holders were sent back after reaching US, and then started the massive investigation into all major Indian companies, and found several discrepancies.

And the increased B1  abuse  is a result of multiple factors, but ultimately  it points to companies margin. Many of the big companies were always reluctant  to file H1B visas for their employees,  considering the risk that they could leave employers anytime in US. And the increased filing costs was also another reason. Meanwhile in the last 5-6 years number of intra company transfers (L1B VISA)  increased but again, it was meant for skills not available in US, and when companies started sending Mainframe and Java candidates to US through L1B, US did not like the idea. So Indian companies had to easier and faster option of B1 VISA’s.

Though Indian companies are trying maximize profits, the chain of steps US has taken over last few years is part of what Obama promised  and what irked Indian Companies. US is trying to protect its Job market, keep some of its Job within US. By making off shoring costs higher and immigration difficult , US Government is well on its protectionist approach. Well more than anyone else, Indian IT companies will be hoping for a change in Republican fortunes in the upcoming elections.