As I had earlier mentioned in my previous entry about Dell XPS 1330 and Dell XPS 1530 models, Dell has come up with its refreshed line up of XPS namely Dell Studio XPS 13 and Dell XPS 16, a cross between its studio and XPS line.Lets have a look what makes these newer models a compelling buy, if you are planning to upgrade your laptop. 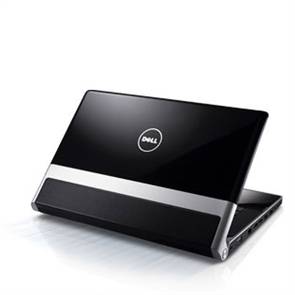 The Studio XPS models use the centrino 2 architecture for both its models which promises less battery consumption and more processing power. Studio XPS line starts with Intel Core 2 Duo P8600 processor which has a FSB of 1066MHz a considerable improvement over the previous XPS models which mostly had 800MHZ (T5800,T6400,T8100,T8300 and T9300 processors).

I was waiting for this.. the RAM coming with Studio XPS lineup is DDR3 which are at 1066MHz making a huge improvement over the previous XPS 1330 and 1530 which had DDR2 RAM with 667MHz. And at a minimum both the Studio XPS models have 4GB RAM upgradable upto 8GB. DDR3 combined with penryn processors deliver markedly huge perfromance gain.

Other improvements the look and feel has improved considerably and also the Full HD screen of Studio XPS 16 should be a great feautre for gaming and movie buffs. The inbuilt speakers have a huge improvement over the previous models and good enough for watching TV or Movie.

[For those who might be surprised about processor numbers Dell  upgraded the processor lineup two days ago leaving its early adaptors disappointed . Earlier it had Intel core 2 Duo T9400 and T9600 in place of T9550 and T9800]