Google’s new CEO and his team would have definitely wanted to have a better debut than what was happened on the Quarterly  earnings call.  Like a student coming late to class and giving excuses Page’s excuses and statement looked silly and Childish, combine it with increasing expenditure, market got spooked. 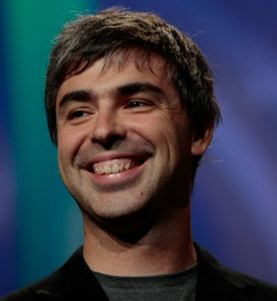 After a brief period in 1998-2000 , Google was run by its founder Larry Page , but with insistence of well wishers and pressure from Investors the CEO role was given to a older Gentleman in Eric Schmidt. Who with support from Page and Brin helped grow the company from a small search engine to its current position.

Instead of taking the lead and taking questions, Page was introduced as a special guest, who doesn’t have much time for the call, who in turn gave a written statement and more than a couple of times reiterated that everything was going as per plan in Google. With the way he approached the call made one wonder if Page took the whole thing  very light,  may be similar to how the  his day at Office prior to CEO days.

Many have described how fun it is to work in Googleplex and how Page runs his business in a casual way, but Wall Street doesn’t run like that. Thats where it was expected someone  would step in and correct Page, it appears either no one did or Page didn’t listen. Even when Schmidt was being replaced there were questions about his CEO skills other than 2 years at Google’s helm for a 100 employees company.

If Larry Page has his way, Google will take more risk, invest more in high tech projects  and take more drastic steps. All these might sound exciting, but with a resurgent Microsoft and Facebook to contend, investors may not feel the same.