Apple’s much awaited iPad 2 was launched  last week, but then luck isnt favoring the Cupertino company, after the iPhone 4 antenna gate and the missing white iPhone this time its the nature who has played spoilsport in the launch. With Apple sourcing some parts exclusively from Japan,  delays are expected in future batches of iPad 2. It is not known if Apple  if the parts in question are only supplied by a single vendor for iPad 2. 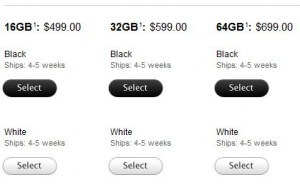 In the past Apple is known to source same parts from multiple vendors to add redundancy and avoid vendor problems impacting Apple’s schedule.  If Apple does have such an option, the delay will be considerably less, but it still remains to be seen. Currently Apple website says that the earliest they can ship iPad 2 is in 4-5 weeks time.