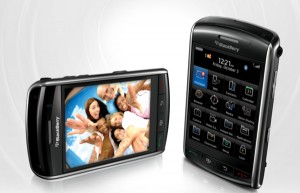 Analysts have found that this is due to the failure of Curve 3G which is a slim phone with Wi-Fi, 2 mega pixel camera, GPS, external media keys, optical trackpad, and etc to replace its older Curve 8530 version. Also Blackberry is facing a low sales level in its Tour/Bold series.

And as for this season most of the buyers are awaiting for iPhone and 4G LTE phones.