Neofonie a German organisation is coming out with iPad like Tablet device which was named initially as WePad.By later after all the skepticism the tablet device is renamed as WeTab and its release date is set to August.This tablet computer is going to be of 11.6 inch and the device price is also fixed for preorders
The 16GB WiFi-only model will cost around €449 ($573) and the 32GB version will cost around €569 ($726) 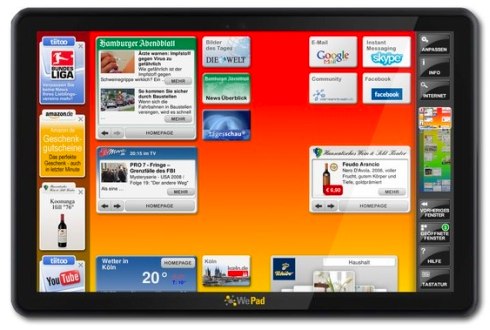 Neofonie claims that WeTab comes with many advantages compared to iPad by supporting flash,no software required to play music whereas iPad requires itune kind of softwares to play.
Neofonie also claims that there are already 20,000 customers waiting to do preorder and many customers are waiting for the WeTab release. 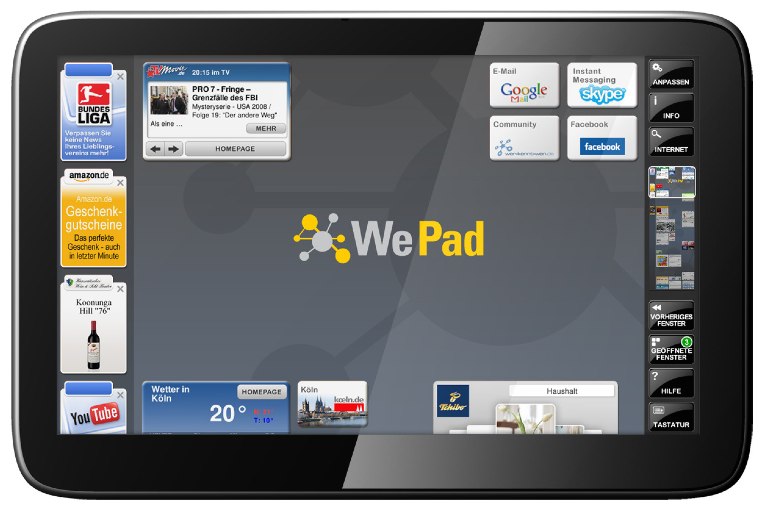