World’s tallest building. A living wonder. Stunning work of art. Incomparable feat of engineering. Burj Khalifa is all that. In concept and execution, Burj Khalifa has no peer.

The $1.5 billion structure, an “unprecedented” engineering marvel that was thrown open to the public today, was built with a major contribution from India, a vast labor force.
The steel and glass tower was opened by Dubai’s ruler Sheikh Mohammad Bin Rashid al Maktoum, who also lifted the veil on a closely guarded secret of its final height. 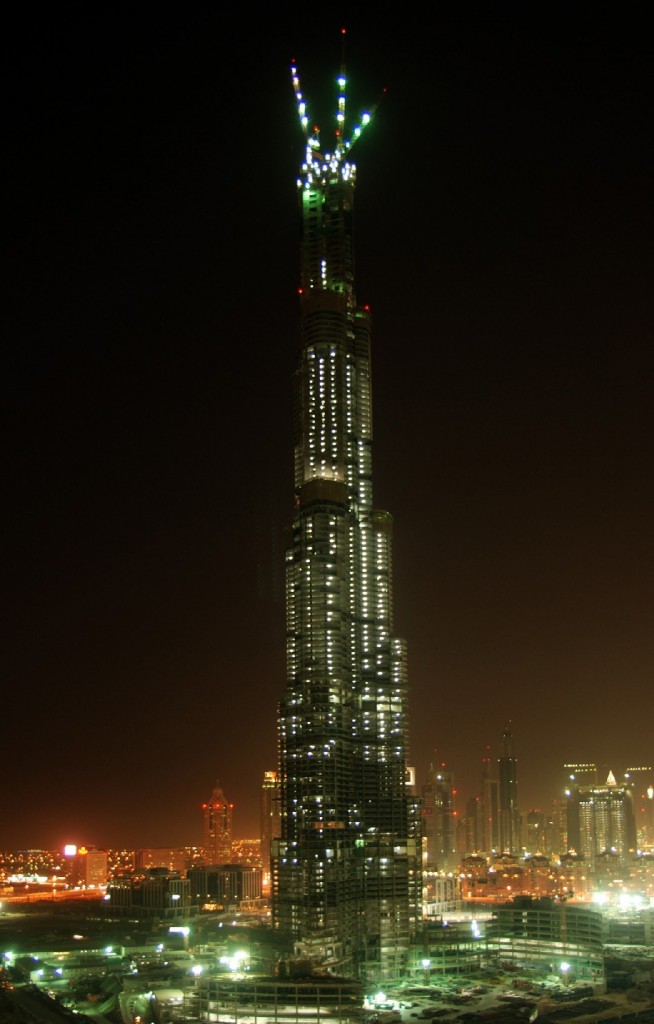 “Emirates has made a mark on the world and Dubai has built something for the world that is built by human beings,” Sheikh Mohammed said while announcing the tower open. The paratroopers then came down to greet onlookers.More than just the world’s tallest building, Burj Khalifa is an unprecedented example of international cooperation, symbolic beacon of progress, and an emblem of the new, dynamic and prosperous Middle East.

It is also tangible proof of Dubai’s growing role in a changing world. In fewer than 30 years, this city has transformed itself from a regional center to a global one. This success was not based on oil reserves, but on reserves of human talent, ingenuity and initiative. Burj Khalifa embodies that vision.

Bringing Burj Khalifa to life required a combination of visionary ideals and solid science. In the process, the project amassed an awe-inspiring number of facts, figures, and statistics. 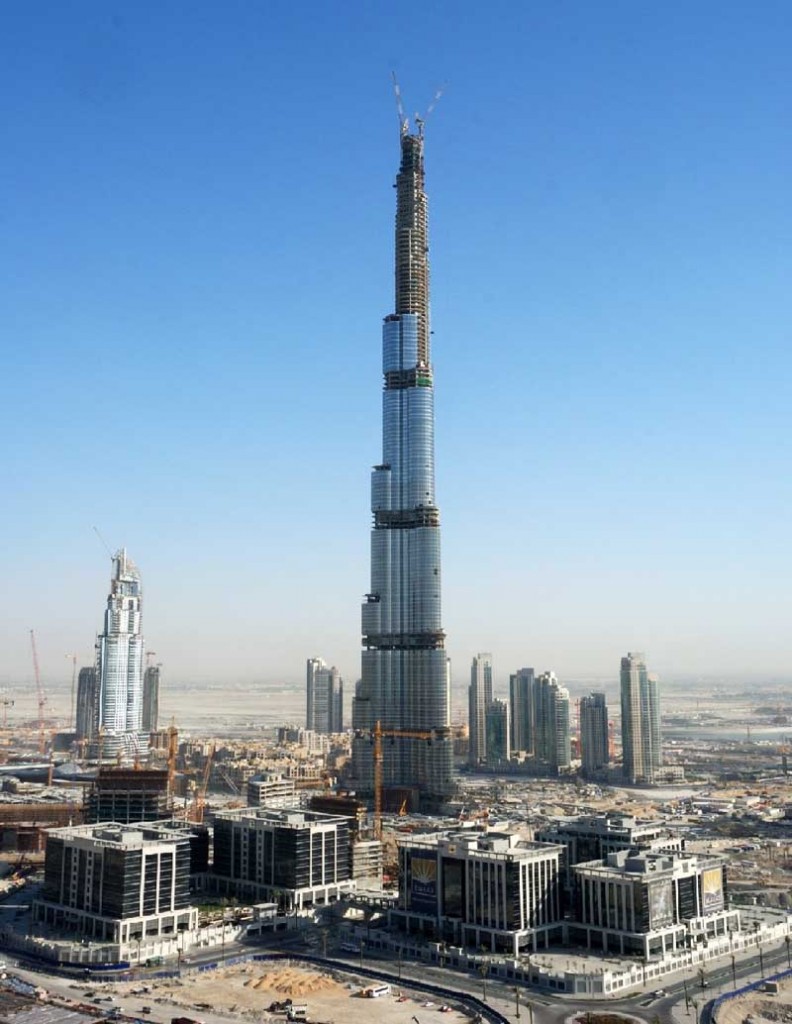 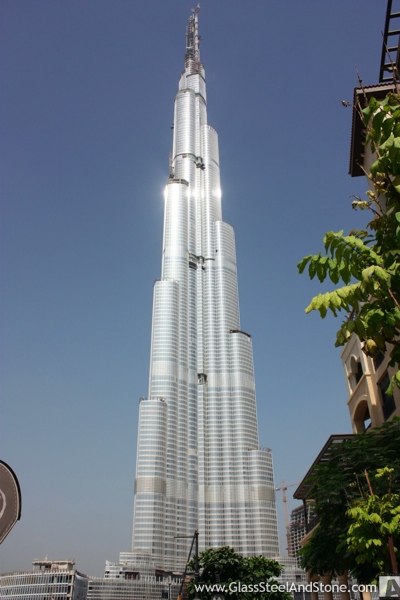 Tallest of the Supertall
Not only is Burj Khalifa the world’s tallest building, it has also broken two other impressive records: tallest structure, previously held by the KVLY-TV mast in Blanchard, North Dakota, and tallest free-standing structure, previously held by Toronto’s CN Tower. The Chicago-based Council on Tall Buildings and Urban Habitat (CTBUH) has established 3 criteria to determine what makes a tall building tall. Burj Khalifa wins by far in all three categories.

Inspired Design
While it is superlative in every respect, it is the unique design of Burj Khalifa that truly sets it apart. The centrepiece of this new world capital attracted the world’s most esteemed designers to an invited design competition.

Ultimately, the honor of designing the world’s tallest tower was awarded the global leader in creating ultra-tall structures, the Chicago office of Skidmore, Owings & Merrill LLP (SOM) with Adrian Smith FAIA, RIBA, consulting design Partner. The selected design was subject to an extensive peer review program to confirm the safety and effectiveness of the structural systems.

Exterior cladding of Burj Khalifa began in May 2007 and was completed in September 2009. The vast project involved more than 380 skilled engineers and on-site technicians. At the initial stage of installation, the team progressed at the rate of about 20 to 30 panels per day and eventually achieved as many as 175 panels per day.

The tower accomplished a world record for the highest installation of an aluminium and glass facade, at a height of 512 metres. The total weight of aluminium used on Burj Khalifa is equivalent to that of five A380 aircraft and the total length of stainless steel bull nose fins is 293 times the height of Eiffel Tower in Paris.

In November, 2007, the highest reinforced concrete corewalls were pumped using 80 MPa concrete from ground level; a vertical height of 601 metres. Smashing the previous pumping record on a building of 470m on the Taipei 101; the world’s second tallest tower and the previous world record for vertical pumping of 532 metres for an extension to the Riva del Garda Hydroelectric Power Plant in 1994. The concrete pressure during pumping to this level was nearly 200 bars.

The amount of rebar used for the tower is 31,400 metric tons – laid end to end this would extend over a quarter of the way around the world. 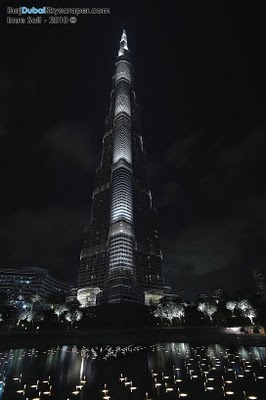