The two major difference between Vivaz and upcoming Vivaz Pro is only the sliding QWERTY Keyboard available in Vivaz pro and it is not available in Vivaz.But the qwerty keyboard available in Vivaz pro looks quite comfortable with proper spacing between the keys.Other difference is with resolution of the camera.Vivaz comes with 8 megapixel camera whereas vivaz pro comes only with 5 megapixel camera.
With this new mobile Sony ericsson is ready to compete with similar devices from Nokia and Samsung like N97,Samsung Corby Pro and with other LG models.
Sony Ericsson Vivaz 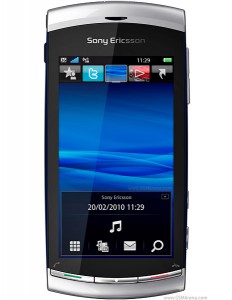 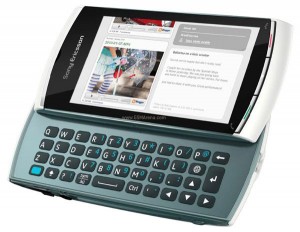 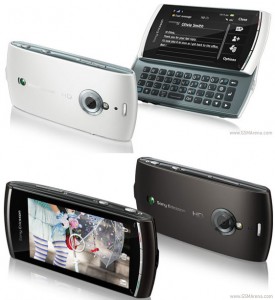 Weight & Internal Memory of Vivaz and other mobiles

Other Exciting features of Vivaz and Vivaz Pro
Dedicated single video key and on one press we will be able to shoot the video and publish the same
Face detection facility enables the user to sharpen the face in the picture and also it can focus on the same.This is something called as face detection mechanism.
Touch screen with drag and drop facility.It is easy to transfer media files between phone and PC via drag and drop
Accelerometer sensor for UI to auto-rotate vertically / horizontally
Turn-to-mute and snoozing alarms
Built in aGPS which is similar to Google Maps
Supports many other applications including YouTube,Facebook and Twitter apps,TrackID music recognition TV out (VGA resolution),- Organizer,QuickOffice document reader
Dimension of the device is about 109.0 x 52.0 x 15.0 mm
Screen size is 4.3 x 2.0 x 0.6 inches
Resolution of the Screen 360×640 pixel
Mobile phone is available in two colours – black and white
Internal memory Phone memory -70MB
Extensible with SanDisk microSD™ (up to 16GB)
Supports 3G,Wi-Fi,GPRS ,Bluetooth,WLAN
Unlimited CallRecords can be stored
Battery
standard battery, Li-Po 1200 mAh
Stand-by time – Up to 430 h (2G) / Up to 440 h (3G)
Talk time – Up to 12 h 30 min (2G) / Up to 5 h 10 min (3G)
Symbian S60v5 operating system