Internet Explorer 8 Beta released yesterday really excited me, this version of IE is supposed to be following open and widely accepted standards. Usually whenever Im doin some site designing I have found my site either working with IE (mostly) and will break up in Firefox. Since majority viewers use IE, I sometimes forget Firefox. So it was always  bad news for users of firefox. 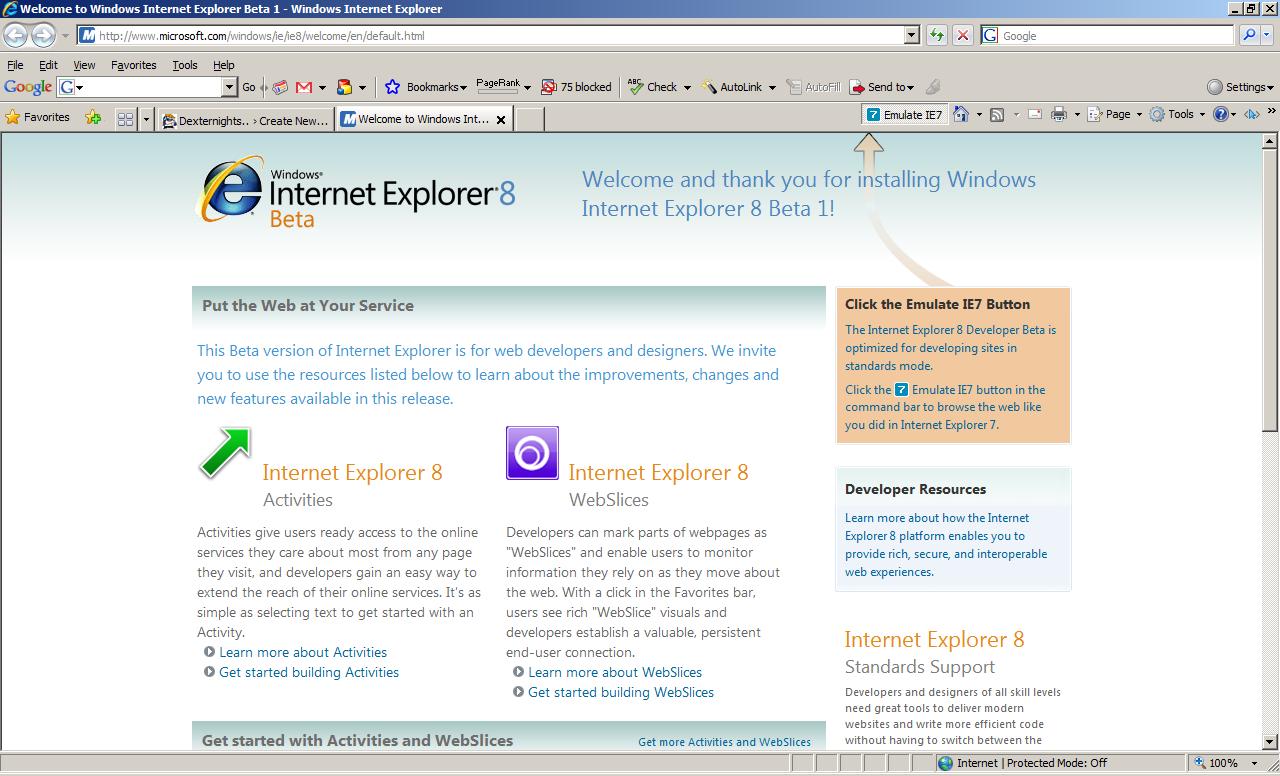 Not only this site ,But I have seen several sites rendering differently in IE and Firefox. Also It seems Firefox has recently Adapted itself to suit IE’s rendering. The main concern area of IE7 and previous  IE versions was the CSS rendering. Since Microsoft had its own way of understanding CSS the sites looked awful if written for IE and rendered in some other browser.

So what does IE 8 do? Microsoft has enabled IE8 to follow the web standards by default. So is it good? Yes it is good in the long term.. But bad for web designers in the short term. IE8’s default rendering breaks most(yes it does) site’s  layout(including this site). And strangely this site works well with both IE7 and Firfox(not as good as IE7) but only breaks with IE8, which indicates how much Firefox has tweaked itself to survive with Microsoft OS.

But there is a “Emulate IE7” button in IE8 which saved me this time, you can always click emulate IE7 and close all windows and open them your browser will work in IE7 mode..as a charm and my website works 🙂 . So what does IE8 add to our arsenal, it helps developers have a real feel of what users will see after launch of IE8. With open standards and buzz created by this it is expected IE8 will occupy 50% off all internet hits and completely replace IE7.

So any other change in IE8 from IE7? As far as I have seen nothing much differs, its all feautures of IE7 with much more stability and fixes.. that is IE8 for you. Will get back to you with more news if available in future. By the way if you want to try IE8 Beta You can follow the link below.